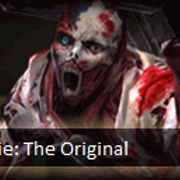 Zombie: The Original (Zombie Mode 1) is the first of the new Zombie Modes in Counter-Strike. This is a round-based gameplay, after 20 seconds of a round, some players will be chosen randomly to become an "Origin Zombie".

The goal is very simple: The "Origin Zombie" (Can be more than 1) must infect all of the humans with its claw. Hurting humans will turn them into a "Host Zombie" and must also infect the remaining. The zombie team is considered to be the winner of the round after all of the humans have been infected. On the other hand, the humans must either kill all zombies or survive the round unscratched in order to win. 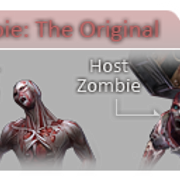 The health and number of the zombies selected depends on the number of players in the round and can be estimated as follows:

For round with less than 10 players:

Therefore, if there are 9 players, there is only 1 Origin zombie but with 9000 HP.

Therefore, if there are 18 players, there are 2 Origin zombies with 9000 HP each.

Therefore, if there are 27 players, there are 3 Origin zombies with 9000 HP each.


Download the .ZIP Resources file.
Decompile the .ZIP file and open the main folder.
Move the "sound", "gfx", "sprites" and "models" folders to Counter-Strike root. (cstrike/)
If the system asks if you want to replace files. You have to click on "Yes to All"
Then, download the Attach File: Zombie - "Mode" "Version" (Plugins)
After all that, delete your old ZP, all configuration and all files.
Just let the new files you downloaded.
And this is all... Have Fun !!!